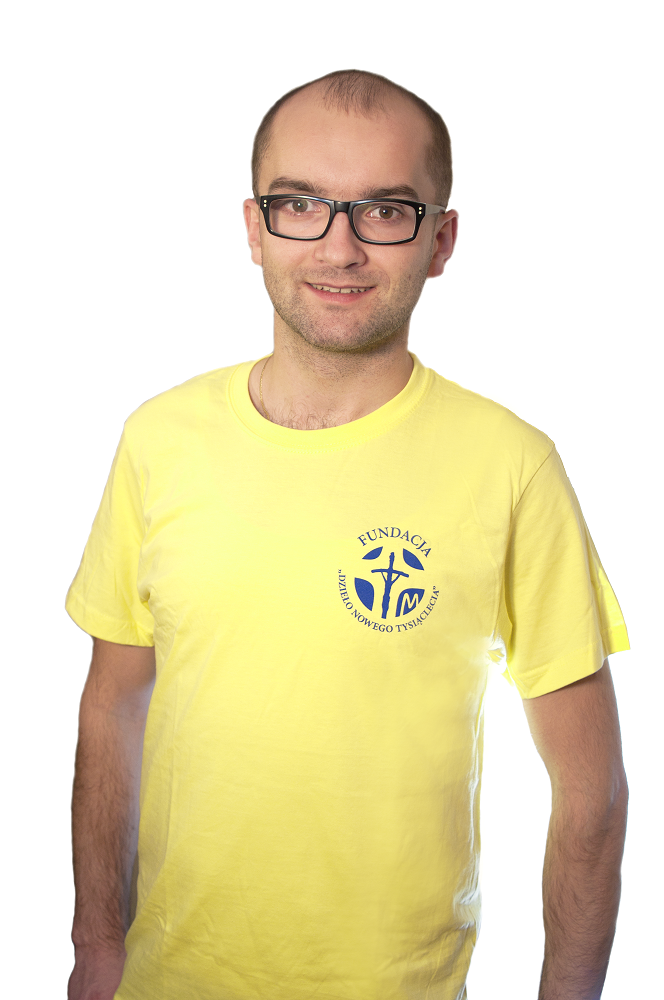 Mateusz Waszczuk – he has been our scholar for eight years. The Foundation gave him motivation to become better and better as a student and incentive for social volunteering . As he admits himself – this is where he became brave and ready to talk to other people about God. Corporate prayer, fun and work in Warsaw Academic Community – which he had been a chairman for 2 years of – taught him how to be truly responsible and shaped his character with Christian values. Today, he’s trying to share with others all the things he has learnt as a scholar  – e.g. by his investment in the annual project of “Szlachetna Paczka” (“The Noble Package”; a voluntary action consisting in supporting the poorest by sending them food, cleaning, clothes, toys and school supplies for children etc. These people are given these things, especially in Christmas period, and collect money themselves to make as many packages as possible).

I became a scholar of the Foundation in December 2007. I have always been a good student and because of living in a small village (population around 100 people) I needed some support to continue my education. I owe my first steps in the adult life to the Foundation. Being a scholar had priceless influence on my human growth and the moral values I hold to today. They were the people I spent time with praying and having fun together. Their attitude was my motivation to get better and better as a student, participating in voluntary and reflexion about things are the most important in life.

When I was a scholar, I was involved in organisation summer camps for other scholars, being their supervisor. But the main area of my activity was work for the Warsaw Academic Community, where I put my heart into – firstly, as vice chairman, and later (for two years) a chairman. It was the period of intensive work: I was organising the Papal Day in Warsaw, retreats, trips and different meetings.

Today, I’m involved in Szlachetna Paczka (the Noble Package), where I am responsible for organising it in the area of the Mazovian Voivodship. On a normal day I enact all the things I learnt while being a scholar and I work with many volunteers to reach families in need.

My most beautiful memories are connected mostly with summer camps. I had an opportunity to meet amazing people, form longtime friendships and visit many beautiful Polish cities. At the same time, during the camps, I was growing spiritually – exploring the beauty of praying all together and the depth of the Holy Mass. All of these things entitle me to say that being a scholar of the Foundation let me experience my youth valuably. Eight years of being part of the FDNT was full of many situations that let me know the truth about myself, facing the Substance and shape my personality with Christian values. Thanks to the Foundation, I became a mature man formed in the spirit of the teaching of John Paul II. I also became ready to bear witness about God and take responsibility of my family and of the lot of my Fatherland.