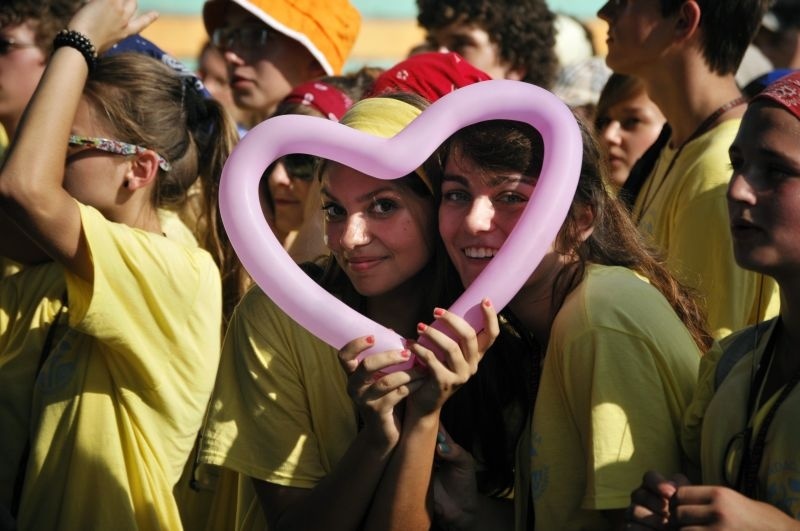 The camp has gone, long live the camp!

On  July 15 at 3:00 PM  ceremonious Mass leaded by  fr. card. Kazimierz Nycz took place, which ended summer integration and formation camp in Lublin (to see photos click here). Nearly 2 weeks-lasting meeting of 1300 scholarships- junior high school and high school student gave atraction to the participants as well as to the citicitizens of Lublin.  On Thursday, July 19 in Warsaw, another camp started – this time, for the  beneficiaries of the scholarship program, who are studying at universities. During the camp, students had an occasion to get to know the capital of Poland and the place where they have been living for a week – the Military Technical Academy area (pol. WAT).

Lublin – the city of inspiration

During the time in Lublina, young people from all dioceses of  Poland had a chance to learn the history of this city by sightseeing the Old Town, Lublin’s libraries  and museums. They were among other: Trynitarska Tower, Czechowicz Museum,  Lublin’s Village Museum and,naturally,  Lublin’s Castle. It goes without saying that they were in the National Muzeum of Majdanek – based at the place of former german concentration camp.

At the same site took place unusual event – interdenominational worship on piece in the world. Representatives of different dominations and religions (Catholics, Greek Catholics,Orthodox, Lutherans and Jews) prayed under the monument at  Majdanek with the scholarhips of ‘Dzielo Nowego Tysiaclecia’Foundation, who arrived at the place. Worships were accompanimented by the Foundation choir and the student’s choir from Lublin. The event was leaded by Mr Marek Zając, presenter ,  TVP Info and TVP Polonia were broadcasting it life.

In addition to that,camp that  took place in  Lublin was organised by dozens of volounteers (in 95% scholaships-students) who took care about everything. For instance, volounteer and scholarship holder – Maria Koziara has prepared a 1-day trip to Zamość, where fest at the Old Town was held (to see photos click here). It is also worth mentioning that The Day of Sport was organised by irreplaceable scholaship– Karol Daniluk. At Globus Arena all participants of the camp came to compete in several competitions (i.a. cross country run,  volleyball tournament, table tennis masterships ). At the end, winners of the day received awards founded by  Związek Banków Polskich, Jeronimo Martins and GoClever.

Warsaw – the centre of the civilization

Just as the camp in Lublin ended, another one was opened – for older charges student’s camp. Over 700 scholarhips arrived to Warsaw, at WAT’s campus (Military Technical Academy) to participate in annual integration and formation meeting. It was the second time when the meeting is combined with the ekological training, sponsored by z Narodowy Fundusz Ochrony Środowiska i Gospodarki Wodnej (National Found of Environmental Protection and Water Management ).

During a week at  WAT participants visited the city (i.e.The King’s Castle, The Palace of the President of Poland, Museum of Caricature, Palace in Wilanow, Planetarium , Polish Army Museum, The Museum of Warsaw Uprising and the Museum of Field Ordinariate). There were also lectures on preparing Resume leaded by  Anna Pankowska-Gałaj.

Photos and materials from the camp will come soon!