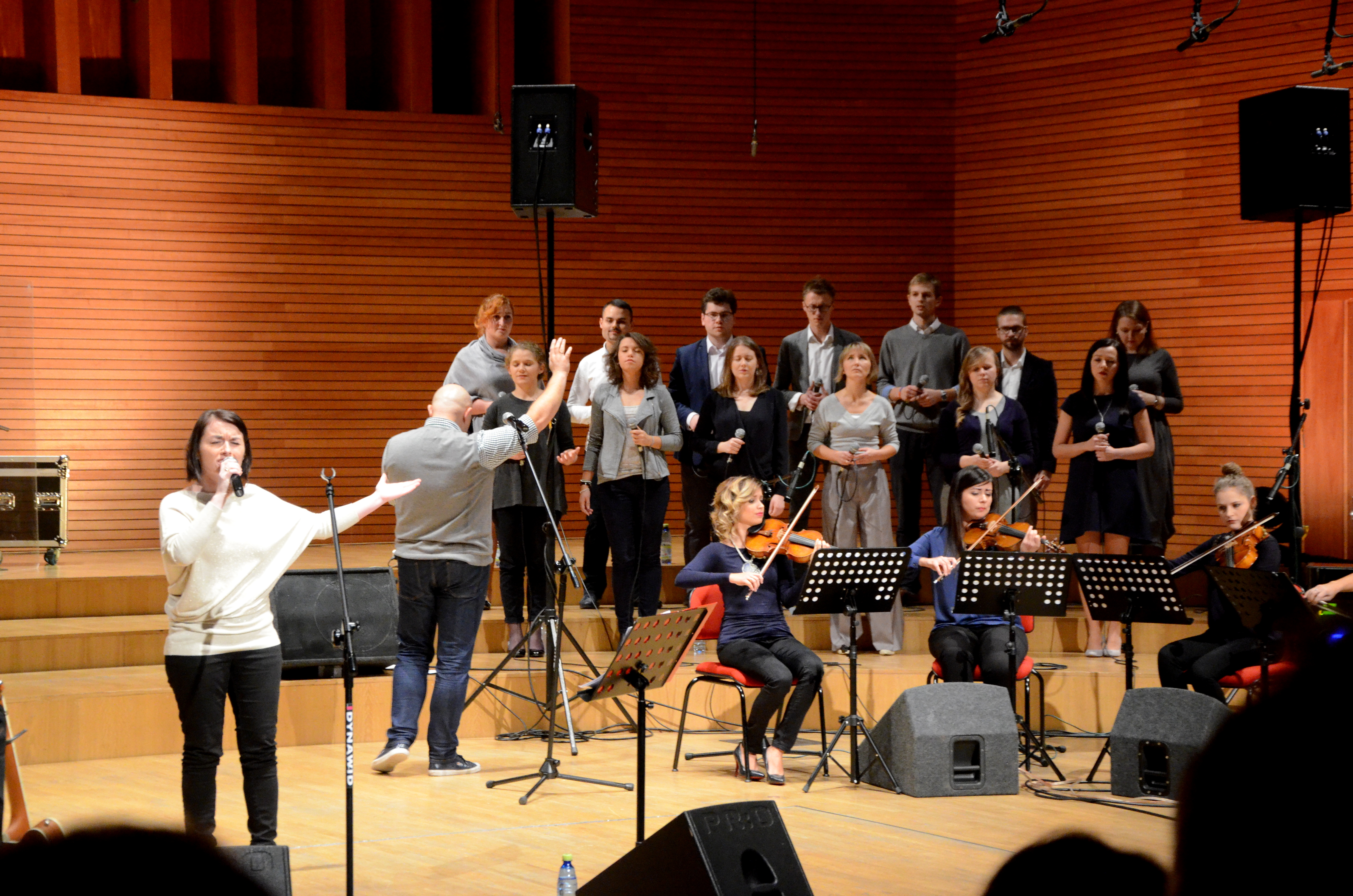 The gala concert at the Music Academy in Katowice

The celebration of XVI Papal Day in Upper Silesia ended with a gala concert in the Karol Szymanowski Music Academy.  On October 26th, in front of an audience that filled the auditorium almost to the last seat, performed a quintet and a group called niemaGOtu.

The whole event was organized by the scholarship holders of the “Dzieło Nowego Tysiąclecia” Foundation.  They took care of all details, from renting the hall, all the logistic and technical issues, inviting artists and distributing invitations among the guests up to preparing refreshments. The role of announcers during the concert was performed by  two scholarship holders – Agnieszka Stokłosa and Wojciech Trzcionka.

Among the many invited guests, a large part confirmed its presence and came to the concert. We were honoured  to see Wiktor Skworc, the Archbishop of Katowice, Marzena Szuba, the vice president of Katowice, authorities of the Silesian universities, including prof. dr Władysław Szymański, rector of the Academy of Music. Of course we could not miss the presence of  Fr. Jan Drob – former chairman of the Foundation Board and his successor – Fr. Dariusz Kowalczyk.

The first to perform were five young people forming a quintet playing classical music. One of them was the scholarship holder from the Katowice community – Joanna Liszka, who played bassoon. The quintet performed several songs for which they were rewarded with a thunderous applause.

Then on the stage appeared a group of musicians under the direction of Mr. Jakub Blycharz. The group called niemaGOtu performed songs from his repertoire. After each song the audience applauded very vigorously. The leader of the group added short comments at the end of each song and thanks to that we learned the short history of the band, its members and a plenty of interesting stories. Mr. Jakub Blycharz is best known as the creator of the anthem of this year’s World Youth Day in Krakow. He told us about its history: where it all started and how God himself had some impact on it. niemaGotu proved to be very energetic and enthusiastic, they undoubtedly left the audience breathless and made a great impression on everyone. This was no ordinary concert, but the real show – a combination of music, visual impression and an extraordinary spiritual experience of prayers and thanksgiving in the background. The last song performed by the band was a well known WYD anthem – “Blessed are the merciful,” during which everyone stood up and listened. The song is undoubtedly a direct factor that reminds everyone of the events from Krakow, going through their minds again and again. The memories of WYD revived in hundreds of heads at that moment .

The enthusiasm among the guests was clearly visible, and the scholarship holders from the Katowice community were very happy about it. Their hard work and effort put into the organisation of so great and so sublime event was appreciated.