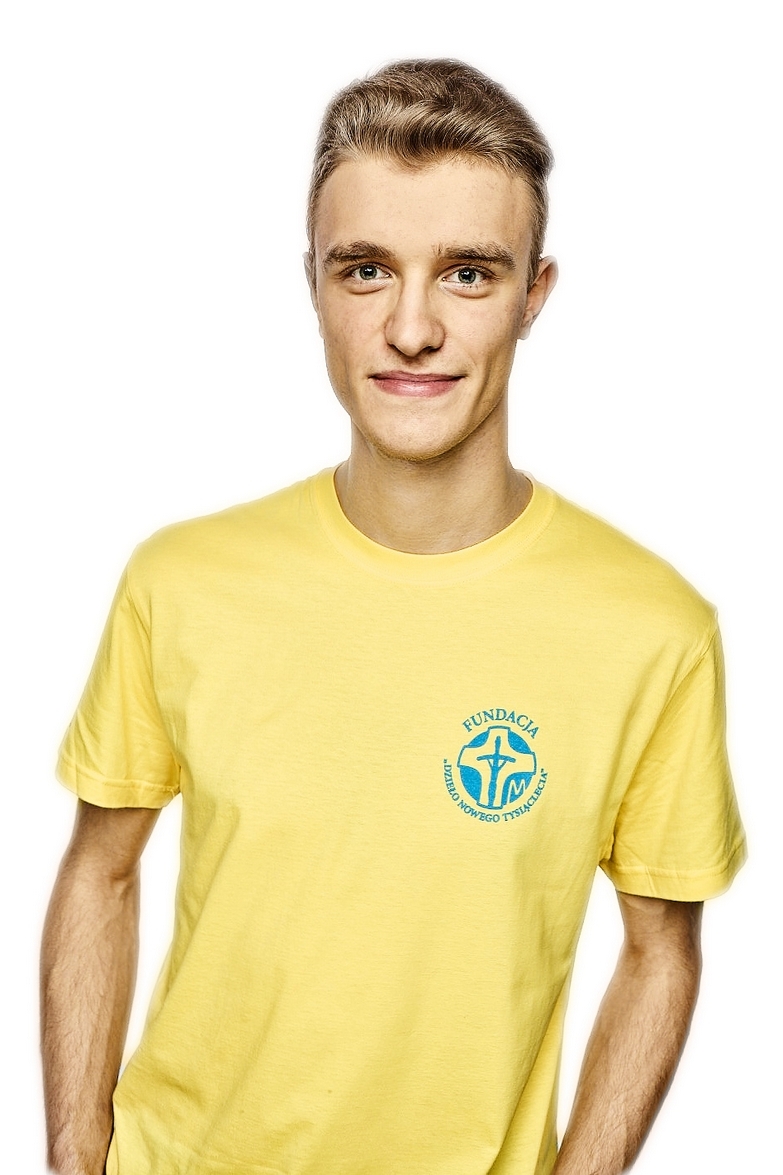 Adam Kopacki – a student of international relations at the University of Warsaw. He got into the Charity in his second year of middle school. Adam comes from a small town in the province of Łódź but in high school he moved to Warsaw to learn and develop his skills there. He says that in the Charity he got the chance to grow as a person and deepen his relationship with God. However the most valuable for him are the friendships he made during his time as a scholar. As well as being a volunteer, he is also involved in non-governmental organizations and scientific circles.

I come from a small town in the Łódź province. I got into the Charity after I had read in the newspaper about the scholars’ camp in Łódź. That was the first time I heard about the ‘Dzieło Nowego Tysiąclecia’ Charity and just after that I contacted my coordinator priest to fill out the application form. I got the scholarship in my second year of middle school. I lived in my hometown with my parents and my younger sister until I finished middle school, however I went to Warsaw to attend to high school. Currently I am a student of international relations at the University of Warsaw.

Thanks to the Charity I got the chance to grow as a person and deepen my relationship with God. The financial support enabled me to develop my talents and skills. Still, the most valuable thing I got from the Charity are the friendships I made during my time as a scholar. Those people are a very important part of my life and I know I can always count on them.
My most beautiful memories are the ones from the summer camps, which take place in the biggest Polish cities during summer break. Thanks to the camps I made a lot of friends and got to explore many parts of my homeland. I will never forget the camp for high school graduates which took place in Funka and the camp in Rzeszów, where I was the leader of a high school group- it was a very special experience.

Currently I’m trying to share the good I received from the Charity’s support. I am a volunteer in non-governmental organizations and a member of scientific circles. One of my dreams is to be able to change the world for the better in some way and that I could see more smiles on people’s faces.