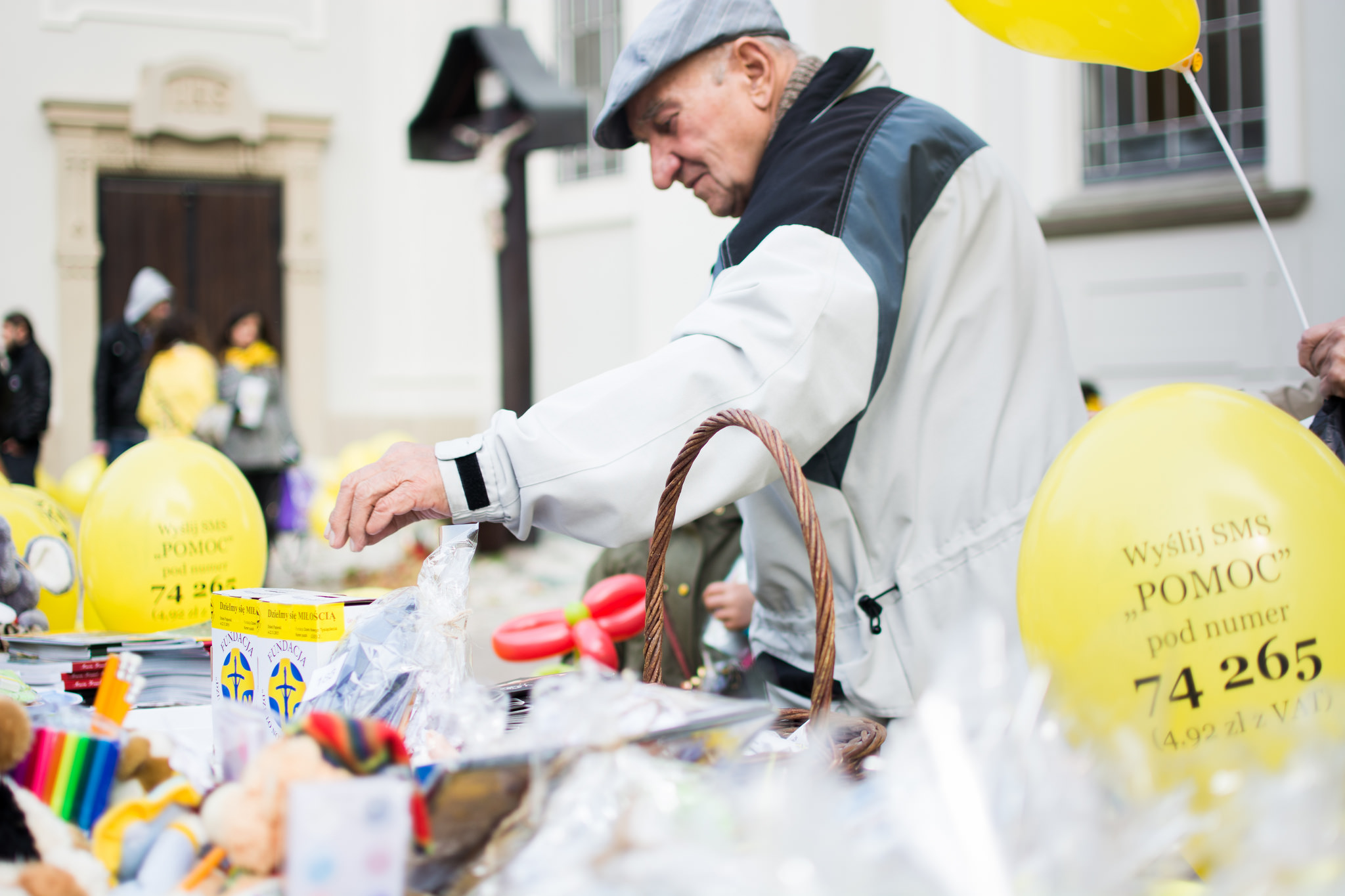 It’s time to support a “living monument” of St. John...

This year’s XVI Papal Day is celebrated under the slogan “Be witnesses of mercy”. It was not chosen accidentally – Papal Day is the culmination of both the Year of Mercy and the World Youth Day, the theme of which was also the mercy of God.

„Dzieło Nowego Tysiąclecia” Foundation organizes this event in cooperation with the Association of Alumni “Dzieło”. They are supported by entities associated with the National Organizing Committee of the Papal Day. As every year, the celebration of all Poles will be accompanied by a number of initiatives. Throughout the whole Poland, Eucharist and prayers will take place, as well as the scientific, cultural and sports events. On 2nd October in all the parishes in the country the pastoral letter of the Polish Episcopal Conference will be read, announcing the XVI Papal Day. This day is also a great opportunity to return to the teachings of St. John Paul II, especially concerning the issue of God’s mercy.

Papal Day celebrations are accompanied by the charity aspect. The annually organized public and church fundraising is a response to the call of the Holy Father to symphatise with the poor. The funds raised during the collection will supply the scholarship fund of the „Dzieło Nowego Tysiąclecia” Foundation, supporting more than 2.3 thousand of young, talented people from poor families. The organization allows its students to develop their talents and aquire education at the highest level. The church fundraising will take place on the 9th October, while from 2nd to 22nd October thousands of volunteers will be raising money on the streets of the cities. During he Papal Day campaign it will be also possible to donate by a text message. From 15th September to 31st October by sending a message “POMOC” to the number 74 265 (cost 4,92 zł VAT) or by calling 704 407 401 (cost 4,99 zł VAT) you can help to raise scholarship fund and become involved in building of “living monument” of Pope John Paul II. Foundation can also be supported throughout the whole year via its website – www.dzielo.pl. By clicking on the “For Donors” tab it is possible to conveniently donate from Poland and from abroad. The Foundation also encourages to other forms of support, also in the form of prayers for the “Dzieło”.

Each year the celebration of the Papal Day more and more boldly crosses the borders of our country. Poles living abroad, in Germany, Brazil, the United States, Great Britain, Ireland, Sweden, Norway, Canada, Australia, France and Spain also take part in the celebration by organizing concerts, exhibitions and other events to promote the teachings of St. John Paul II.

The media partners of the XVI Papal Day in Poland are: Telewizja Polska, Polskie Radio, and the Catholic magazines: „Gość Niedzielny”, „Idziemy”, „Przewodnik Katolicki” and „Niedziela”.