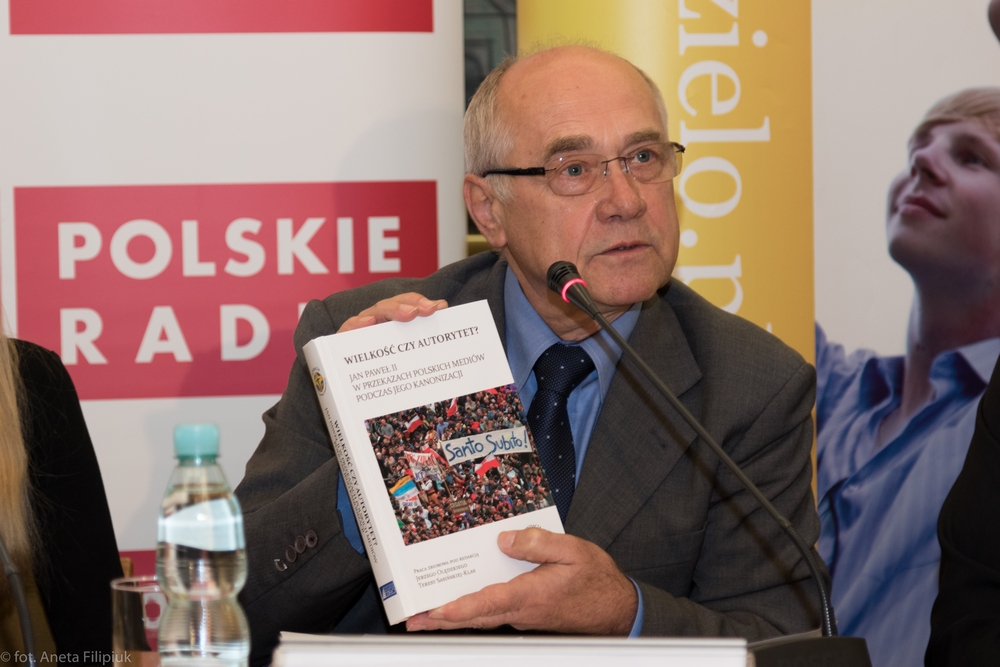 Despite the passage of time, polish hearts are still full of emotions connected with death and funeral of the Holy Father and above all with his canonization. Proclaiming John Paul II saint has become very important and crucial event. Thanks to media everyone had the possibility to follow the events from Vatican. And thanks to the publication “Wielkość czy autorytet? Jan Paweł II w przekazach polskich mediów podczas Jego kanonizacji” we have the opportunity to refresh these  memories and emotions.

How have polish media informed about saint John Paul II canonization? What image of the Holy Father they created? And finally – what level of journalistic professionalism emerges from these transmissions? “Dzieło Nowego Tysiąclecia “ Foundation and “Stowarzyszenie Absolwentów Dzieło” in association with Catholic University of Lublin, Jagiellonian University, Cardinal Stefan Wyszyński University in Warsaw and University of Warsaw have organized a conference which became a cause to summarize polish media activity and their influence on Holy Father’s image.

The publication, which consists of more than 430 pages, is a collection of 23 texts. They contain research findings, content of polish press, radio, television and internet pages. They were written by scientists from several academic centres in Poland. DVD which has been placed in the book cover contains special documentary about TVP participation in productions of TV programs about John Paul II canonization. Professor Jerzy Olędzki and professor Teresa Sasińska-Klas in association with Foundation and Stowarzyszenie have watched over the preparations of the volume on the highest scientific and editorial level. Premiere of the publication took place in September 2016 in Poznań during IV Congress of “Polskie Towarzystwo Komunikacji Społecznej”.

We encourage you to read this book. Soon you will be able to find it in many university libraries in Poland!