>General>Our Fellows on the economy training 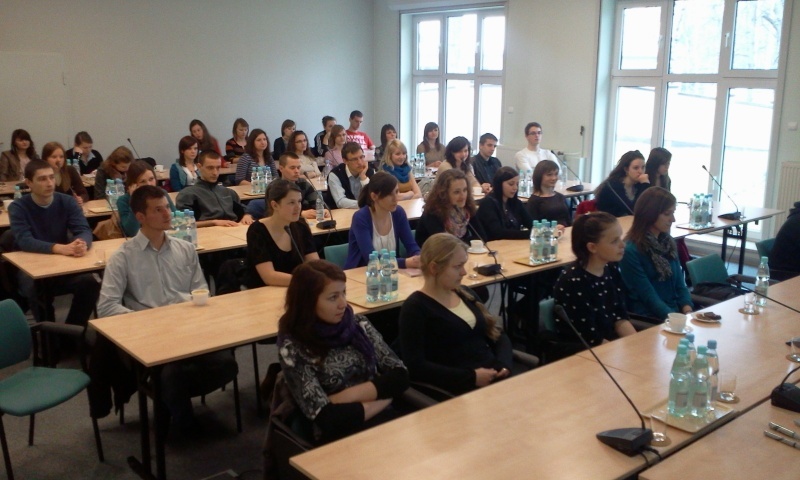 Our Fellows on the economy training

On 13-15 April a group of 44 scholars studying economic trends, participated in training organized by the Polish National Bank in Zalesie Gorne. Lectures were conducted by Dr. Gregory Tchorek from the Department of National Economy at the University of Warsaw.During the course scholars were profounding their knowledge about the role, tasks and activities of the NPB, banks and other financial market institutions including European System of Central Banks, Economic and Monetary Union and the European currency.An important element of the program was the movie entitled “Inside Job” directed by Charles Ferguson. “Film showed the reasons for the economic crisis in 2008, its phases and effects” said one of the trainees.

Fellows  stressed also that the idea of combining the lecture with a  discussion panel was very necessary and accurate. “We could not just listening to broaden economic knowledge but also asking questions,” – said Monika Bożejewicz a student of economics at the University of Gdansk.

Training was accompanied by integration and the common Mass at St. Hubert in Zalesie.We would like to thank National Bank of Poland for the organization,  and staff from training center for the warm welcome. Thanks also go to Angelika Niedziolka and Catherine Michaluk for professional care during the entire training.