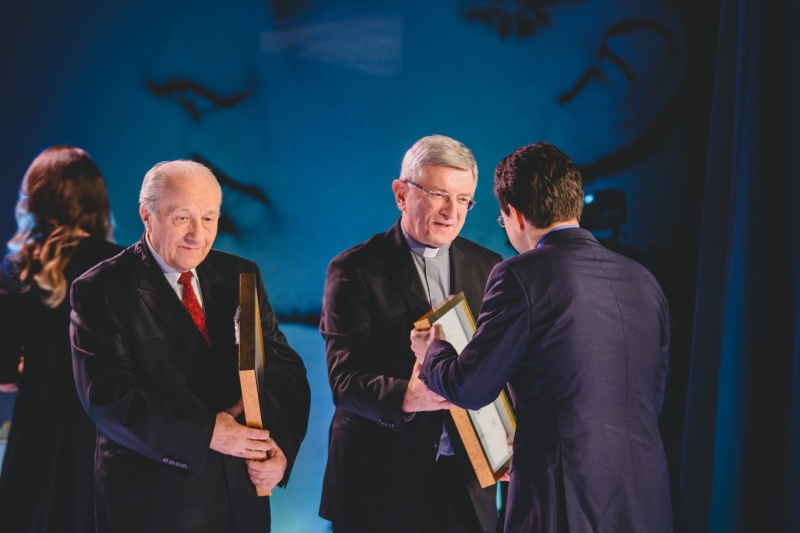 6th March at 1st p.m. in The Warsaw Rising Museum were announced nominated and reworded with the Prize „Anody” name of Jan Rodowicz. That honourable mention is voted every year in two categories: „approach to life that is worth of being followed by young generations” and „extraordinary act”. Moreover, a chapter also votes every year special honourable mentions. This year, there were reported more than 50 candidates and 6 out of them were aworded. One of them was the Chairman of the Board of „Dzielo Nowego Tysiaclecia” Foundation – pr. Jan Drob.

People who are reworded with „Anody” name of Jan Rodowicz are ordinary people that can safe somebody’s life in single action – sacrifice themselves for somebody or show that their general approach to life is sacrificing for other people. „They must be as the patron of that prize – Jan Rodowicz „Anoda”, who was unique not only during the Second World War but also at peace, after the war” – said Jan Ołdakowski, the director of Warsaw Rising Museum.

In to the chapter have poured several hundred letters from past and present charges of the Foundation and also from the people who are connected with its activity. Every of them constituted single and incontrovertible proof that pr. Jan Drob has done so many great things.

He loved that „Work” and he names the charges his children. He sacrifices for that his time and health every day. This „Dzielo” is for him both heart and head – he cares for finances and continually goes over possible directions of Foundation’s development in his mind. We can say it hardily that if he wasn’t with us, the foundation wouldn’t develop so well during these 15 years of its activity. Reverend Jan, thank you!

The prize „Anoda” of name Jan Rodowicz was stated by Warsaw Rising Museum in 2011. The prize is for „Insurrectionists” during peace time – for people who don’t have to fight with weapon so as to protect fundamental values. They can make that values real and they do that in lots of different ways in an independent country – in Poland.