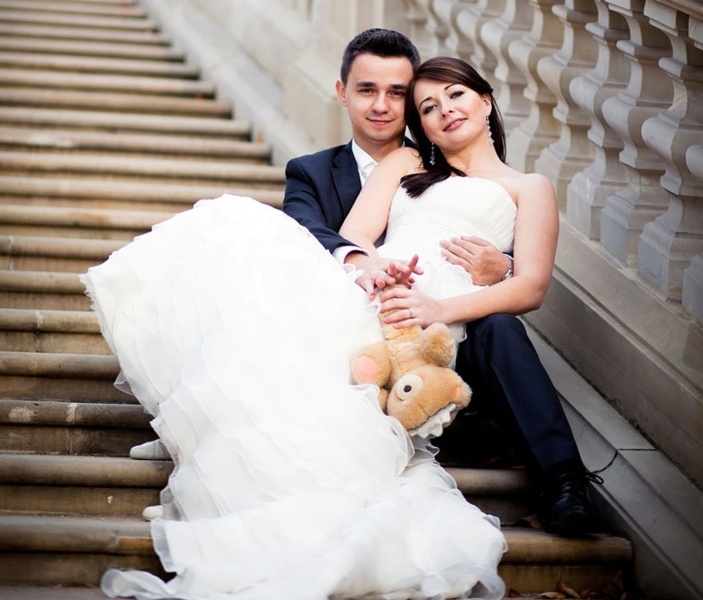 – Father, our girls are perfectly suited for marriage – one of the fellows said to Father Jan Drob.

During numerous meetings and camps scholars often have the opportunity to listen to the retreat of faith, God, love, the dignity of every human being. Such deep topics tend to be continued during the conversation in smaller groups which help to meet new people. During the camps teenagers  can immediately see who is kind, helpful, sensitive and sociable. It is very easy to fall in love when you are in the group of people with similar thoughts, background and religious views. There are additional advantages of this situation. A lot of people dream to choose handsome, intelligent, faithful and ambitious person which in community of Foundation is very simple.

Among the scholars there is already many happy marriages.

– As we were concluded by the priest during the homily at our wedding: “Trying to cure everything – Mrs  Doctor and Mr Finite Economist”  it would seem as the explosive mixture. And it was God who mixed us on May 19, 2007 during a dinner  at the foundation summer camp for  scholars. We sat at the same table. He was  a student of economics in Wroclaw, she at the Faculty of Medicine in Warsaw. Separated by almost 400 km and joined by  the wedding on  October 10,2011.

But there is more couples who were joined by Foundation. A brief story of Paulina’s relationship:

-I met Daniel when he moved from another village. We are friends ever since. It is 5 years now. We both got scholarships and our love was deepen as we went together through life. Now we are both living and studying in Warsaw.

At  the Foundation’s office one can meet many more couples like Krystian and Kinga or Kasia and Michał.

First Contact – Borowice camp. On another -to Murzasichle, though, they came from two different ends of Poland, they went together. More than three years of continuous separation – Kasia studied in Warsaw, Michael in Wroclaw. Through uneasy and uncomfortable  times  paradoxically every day they were getting closer to each other. Today they are happy and engaged, waiting for the marriage next year.

Sometimes female scholars laugh at the office saying that Father Jan should give scholarships to boys more often, because most of the scholars are girls. On the other hand, the number of boys grows in our community. And for sure, number of marriages will grow either.