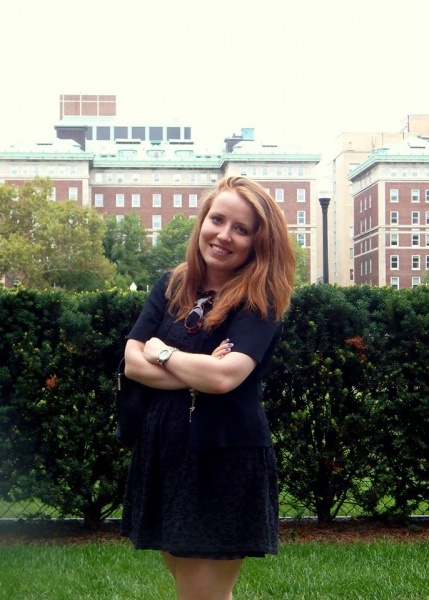 There is no other institution of public utility in Poland, that  after 14 years of existence would give to the job market such a high amount of graduates from the best universities in Poland and all over the world. These people are from small towns, and without an institution like this they would probably never start studying. To fund their education, the Dzieło Nowego Tysiąclecia Foundation annually organizes the Papal Day.

I was one of the fellows. My name is Asia and I come from Biskupiec in the Warmian-Masurian Voivodeship and at the very beginning I did not believe that I could study somewhere outside my little town. It turned out differently. In 2009 I won the Bishop Jan Chrapek Competition and I started journalism studies in the University of Warsaw, in 2011 I went for a scholarship to Chicago, in 2012 I won an internship in the US Congress. Two months ago, as a Fulbright fellow I started studies in Columbia Journalism School in New York, which is believed to be the best school of journalism in the world. With my heart full of greatness I can say that all of this would not be possible if it were not for the Foundation’s support.

But I am only a small element from thousand of similar examples. In 2013 the Dzieło Nowego Tysiąclecia Foundation gave the scholarship to the thousandth Polish student. Altogether there are 1023 fellows. They study  55 majors in the whole country-most of them in the cities such as Warsaw and Cracow, some of them closer to their hometowns. There are also some fellows that chose to be in England or in the United States. They learn, make their dreams come true and they are not afraid of failures. Each of them had a difficult start.

Most of the cash comes from the fundraising during the Papal Day. Volunteers collect money for charity in Polish and foreign parishes as well as on the streets . It is also possible to give 1% of the tax for the Foundation.

There is not many organizations in Poland that work so efficiently as the Dzieło Nowego Tysiąclecia Foundation. Its goal is not only to promote the tutorship of the Pope, but also to support many social enterprises, focused mainly on culture and education. The Foundation organizes the Papal Day, gives TOTUS Awards and organizes the Academic Competition for the scholarship of Bishop Jan Chrapek. It is a very modern institution that is oriented on close cooperation with fellows.

To function properly and continue its activity, the Foundation needs your support. One of the forms of help is supporting our fellows during the Papal Day. This year the celebration will take place on 12th October and its motto is: “John Paul II- Be holy.” This is the way in which you can help making dreams come true, dreams of ambitious, poor youth. This is the way in which you helped me in fulfilling my dreams.

On behalf of all of the fellows, I would like to thank the donors that support the Foundation in one of the possible ways. Thanks to your help 2,5 thousand of young people can change their life and achieve their goals.