>General>Before we place ash on our foreheads… It’s time for ball! 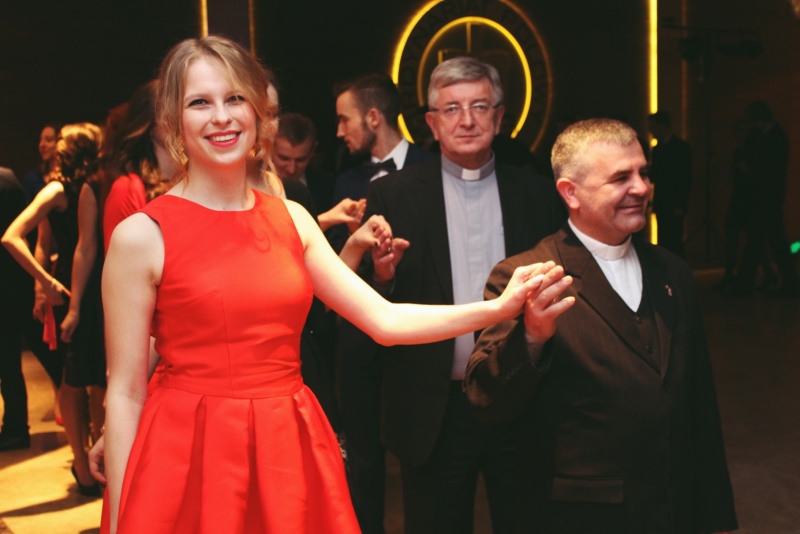 Before we place ash on our foreheads… It’s time for...

Students from the whole Poland and other invited guests had a good time during already the 9th Ball for Scholars of „Dzielo Nowego Tysiaclecia” Foundation.

The ball took place, traditionally, on last Saturday before a Lent – 6th February 2016, the second time in Ordynariat Polowy’s hall next to the Field Cathedral of the Polish Army.

Scholars and other guests were ceremonially greeted at 8 p.m. by pr. Jan Drob from the Foundation’s Board and then a speech was spoken by Stanisław Dyndał –the priest of Warsaw Academic Community. The words to guests was also spoken by Barbara Daniewicz – the leader of Warsaw students. After the official part, the ball was began with a longed-for „Polonez”
Among flower and colourful balloons there were all night dances in rhythm of a music and the quality of that event was ensured by dance leaders. Scholars perpetuated that time on the group photo and also on lots of other pictures. Apart from an opportunity of dancing and fun together, the ball is also time for dainties which are sworn off during a Lent. To the culinary attractions at the scholars’ ball we can qualify a torte – a surprise at midnight, and a chocolate fountain. These ones made a considerable impression on all guests.
The party lasted till dawn. Some tireless, with whole night dancing, guests have already walked around Warsaw at the crack of dawn. It was the wonderful ball!