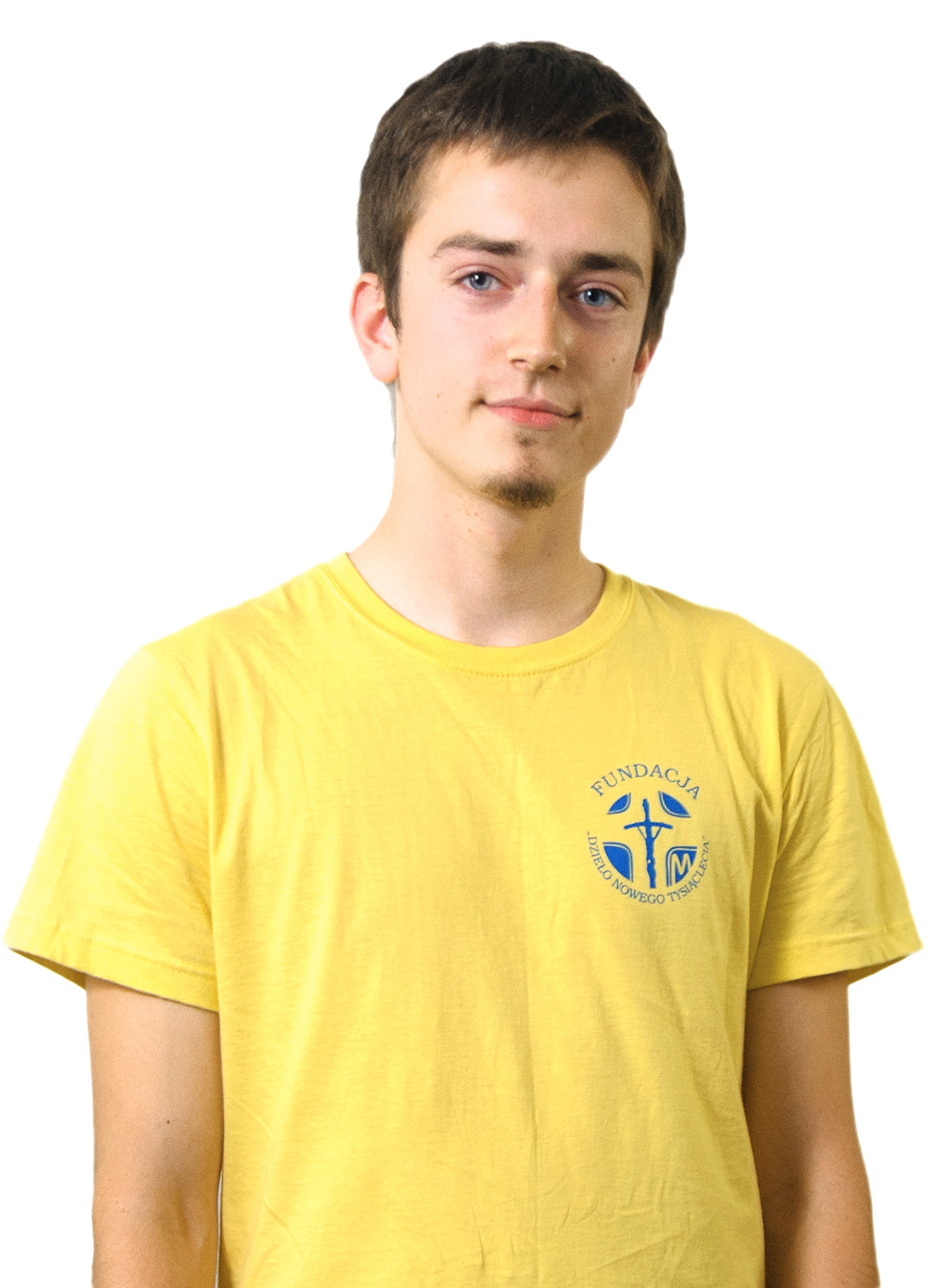 Robert – he got to know the Foundation firstly as a Cub, then as a Scout by joining in to an annual fundraising during the Pope’s Day. Afterwards, thanks to the help he received from his teachers, he became a member of Foundation.
Foundation helped him to develop his greatest passion to astronomy and therefore start this amazing journey with astrography, which he has continued during an internship at CERN. While being a member of FDNT he got involved into volunteering at “DAM siebie” Foundation, Scout Rescue Club PCK and SzlachetnaPaczka. Moreover, a membership in FDNT let him find friends who just like him, are always ready to sacrifice themselves to help others. It gave him motivation and a belief that he holds the power to change his immediate area.

I have been a scholar of FDNT since second year of my Junior High School. I didn’t know anything about it until the time when first as a Cub and then as a Scout I have helped with raising money during the Pope’s Day. Although I have never thought about joining this community.
Throughout 6 years of being a scholar, there have been many changes in my life. As my hometown was a small village, I have never had any opportunity to develop my interests and hobbies. One of the main barriers was very complicated financial situation of the family.
Thanks to the camps that Foundation has organized, I have met many teenagers who were just like me. Put in a difficult situation, but not losing hope. Soon we all became friends and our friendship lasts until today!
Afterwards, I have realized that there are many more youngsters who just like me are ready to work hard and to sacrifice. By time when children in my age preferred to spend their free time playing around I was fascinated with the world around us, which I have tried to get to know better. This is how my astronomy passion has started.
Receiving an award at National Astronautically Competition and support that came along with a scholarship from FDNT, I have started my journey with astrophotography. By using a telescope and a camera I was able to organize shows where I uncovered to children and their parents the amazing beauty that sky hides. Moreover, I was finally able to buy many specialized books about science, or moderate my computer as well as could visit places connected with the popularization ofscience. The most important and exciting to me was a trip to Switzerland, where with group of students from Warsaw I have gained great possibility to take part in placement at CERN. That is where I have made a decision to study IT. At the moment I am a student of PolitechnikaGdańskaof School of Electronics, Telecommunication and Informatics.
While being a scholar I have continued on being a scout and a volunteer. I gave many presentations about first aid when working with “DAM siebie” Foundation, Scout’s Rescue Club and Polish Red Cross.
Thinking about FDNT, very often I recall all these fantastic memories when together with my scholar friends we had fun. Just like during summer camp in Szczecin, hundreds of scholars in “yellow shirts” danced together “Belgijka” and “Polonez”. Such memories will stay with me forever!
Another initial experience was being part of media group, thanks to which I could not only share an idea and actions of Foundation, but as well could tell who our scholars are on a daily basis.
I would like to encourage everyone to support this “Dzieło” which we all together make.
I believe, that together, we can change the word for the better one.