>General>Liturgical memory of our Patron 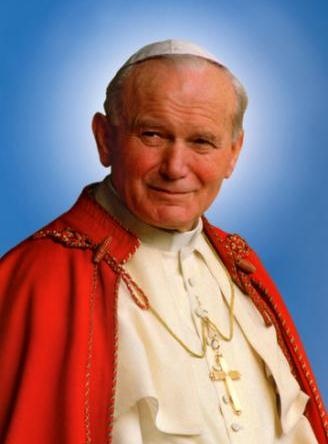 Liturgical memory of our Patron

22nd October, celebrating the liturgical memory of John Paul II. This day is at the same time anniversary of the inauguration of his pontificate, which took place on 22nd October 1978.
On convened after the death of John Paul and the second conclave in 1978, Charles Wojtyla has been selected on the Pope and took the name of John Paul II. result choice announced on October 16, about 4:16 PM. Great sensation raised the fact that the Pope has been selected Cardinal of the country under the authority of the Communist. John Paul II raised quickly throughout the world, a large sympathy, but also hostility, which expression was attack, conducted 13rd May 1981. on the square of St. Peter in Rome by Ali Agca. In the activities of John Paul II, you can see a few basic directions. Pope seek to the Christian health members of the Catholic Church, among others through the implementation and developing tips Vatican II, but also by their own inicjatywny ie. World Youth Day. John Paul II paid also to other faiths and religion, participating in dialogue ecumenical and imąreligious.
We are proud that the patron of us is so outstanding the form of the Catholic Church and we believe that it is our advocate in heaven.
Saint Patron of Foundation “The Work of the New Millennium” yet for life told that the Fellows provide a monument to the nearest his heart. You can still support this “Work”. Just send an SMS to content “POMOC” to the number 74 265, call the number 704 407 401 or make a direct deposit account Foundation “Work of the New Millennium”: 75 1240 2034 1111 0000 0306 8582. All donations credited scholarship fund Foundation.
For all the offerings – Heartfelt thanks!