>Papal Day>We got to know laureates of the 16th edition of the TOTUS prize! 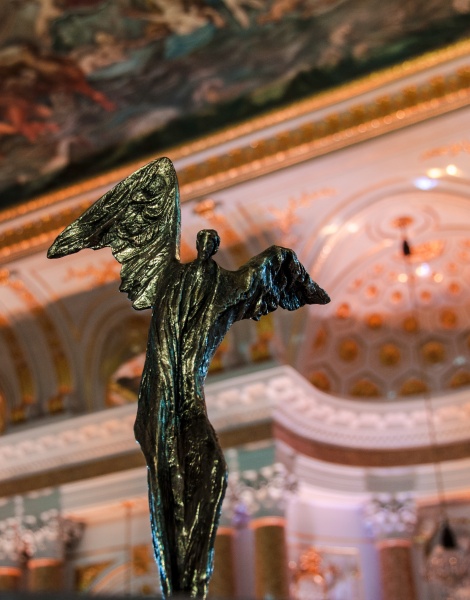 We got to know laureates of the 16th edition of...

‘Catholic Nobel prizes’ were given away in the Royal Castle in Warsaw. Helena Pyz, Krzysztof Penderecki, Poczta Polska S.A. and Deon.pl were given statuettes.

Krzysztof Penderecki was prized for his achievements in the Christian culture.  He is an outstanding Polish composer, musical conductor and tutor. He is a professor of Cracovian Academy of Music, as well as Doctor honoris causa of Jagellonian University, Yale University and Fryderyk Chopin Musical University in Warsaw. He became widely-known thanks to his original compositions and unconventional articulation techniques, like ‘Saint Lucas Passion’.

The rest of nominees were Ernest Bryll and Grzegorz Górny.

The winner of the next category “Human promotion, charity and education’ was Helena Pyz. She is a doctor that has been working in India for 25 years. She treats people suffering from leprosy and helps to recover from that condemning disease.  She is a civil missionary and a member of the Institute of Stefan Wyszyński. She is the only doctor from Jeevodaya Centre in India. She is also suffering from  poliomyelitis and moves on a wheelchair. That is why she is called  the mother by people surrounding her.

Dr Pyz decided to give the prize away for the youth from Jeevodaya Centre which enabled them to come for the World Youth Days in 2016.

The rest of nominees were Anna Grajek and Elżbieta Dąbrowska.

The laureate of the prize TOTUS in the category ‘ Supporting teaching of the Pope John Paul II’ was Poczta Polska S.A. This institution was always next to the pope during his pontificate. It launched series of stamps picturing the pope and his journeys. It also created stamps commemorating the beatification and canonization of the pope.

The winners decided to give the prize to the ‘Dzieło Nowego Tysiaclecia’ charity to sponsor scholarships for poor students.

The winner of the last category ‘Media TOTUS commemorating bishop Jan Chrapka and his role in presenting John Paul II’s teaching and presence in media’ was Deon.pl. It was created by Jesuits in 2009. It displays all the important social events and makes comments on them from the perspective of the catholic church. Thanks to its interactive structure all the users can create the content. It is viewed by a million of people every month.

The rest of nominees in this category were TV Trwam, creators of ‘Ranczo’ series, the newspaper ‘W drodze’ and a charity ‘Sprawiedliwi dla Świata’.

Lots of famous artists attended the ceremony with Alicja Majewska, Włodzimierz Korcz and Sound’n’Grace within them. Moreover, the ‘Tylko Ty’ band created by teens from “Dzieło Nowego Tysiaclecia’ performed a few songs.