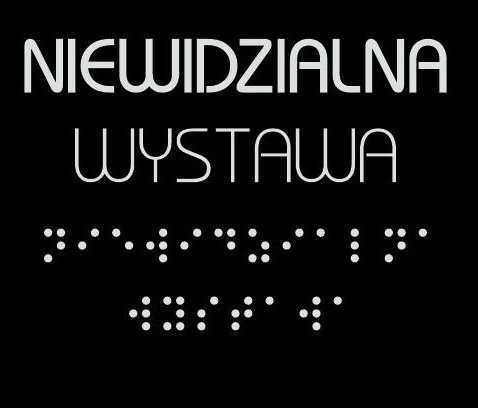 It is the middle of a sunny day. On of the biggest malls in Warsaw. Just a second ago we had a feeling that the world around us is filled with a mix of colours. There were cars driving fast, shops and crowd of people. In one moment the lights went off – not only the electric one but also the sunlight. Just like after cutting the power off.

Does this sound like a trailer to some horror movie? Nothing like that. It is the reality of the blind people, which we cannot possibly imagine. The organizers of the Invisible Exhibition tried to set the environment similar to the one well known to the blind people, which was visited by scholars of Fundacja Dzieło Nowego Tysiaclecia who took part in the camp Pakerzy 2013.

More about the exhibition: