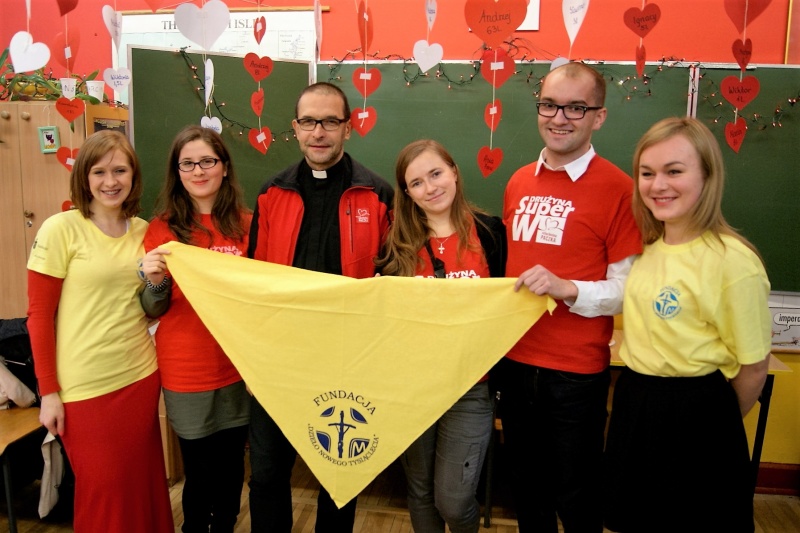 This year’s Edition of the Szlachetna Paczka joined a million people – donors, families and volunteers. Among them there were also scholars from the Foundation “Dzieło Nowego Tysiąclecia”. As they say “good multiplies through sharing”, so each year join in this noble project Association SPRING.

Sholars from the FDNT from the whole Polish participated as volunteers and donors in Szlachetna Paczka action. In this year’s edition joined friends, faculty and parents of students new kindergarten LOLEK, as well as members of the Association of graduates „Dzieło”. This is a very strong team, which is realized by doing good and telling to at least few families by a year good news. Through its commitment they involve more similar to them people who want to do good. They connect families in need with donors and very common, along with their friends, they organize packages as donors. They are closest to the needy, they discover their difficult stories and by all means try to help. This help, according to the idea of the action, becomes “the impulse to change the life for those who are now too weak to lift the knees”.

Volunteer and scholar talk about other “scholars from fundation:: “We also had someone help and often still have it, therefore fully positive experience, we want to share what we have. There are not always material things: often it’s a good word, listening to other people and understand what is poverty, it’s really a lot. We devote our time, energy and share our talents to show – in the words of the song – that people of good will is more and more. And how stressed our patron John Paul II-if anything it’s worth do in this world it is just one-love. That’s why we help you by sharing love and passing further received the good “.

Scholars from year to year are trying to “give more of themselves” in the development of this action. And so each year, in addition to increasing the number of volunteers and donors among grantees and Scholarship program of the Foundation to grow the number of leaders in the various districts, towns and villages, where the action is carried out. Recruit and train new volunteers of Paczka, in collaboration with the parishes, social services, schools and other organizations find the most needy in Poland: the elderly, lonely, disabled, large families, and the people who met misfortune, and then helps them find donors, ensure the proper carrying out of the action in some areas. Thousands of conversations, phone calls, meetings, to know how to best to organize help, wise help to the most needy.

Paczka is a project of direct aid, in which donors are preparing packages for families in need. The addresses of these families are collected by volunteers, who work locally. The project is a nationwide and as no other charity organization in Poland combines the action of hundreds of thousands of people.